A rectilinear shape is a shape that has lots of sides that meet at right angles.

They normally look like two or more rectangles that have been joined together. 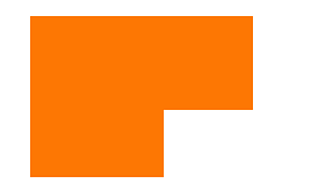 Watch the video below to that will go through how to calculate the area and perimeter of a rectilinear shape. 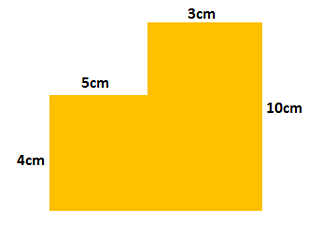 Find the lengths of the missing sides. Look at the values of the lines parallel to the missing lengths. 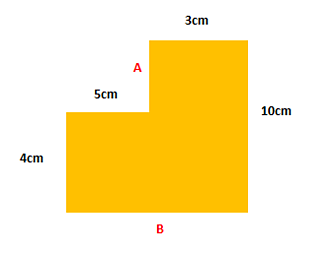 The missing sides have been labelled A and B on the diagram above.

Add up all the sides to find the perimeter.

Area is the amount of 'space' occupied by a 2D shape. How would you find out the area of a rectilinear shape? 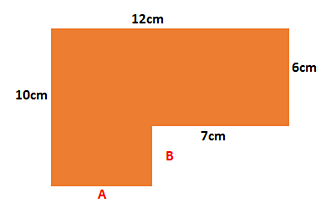 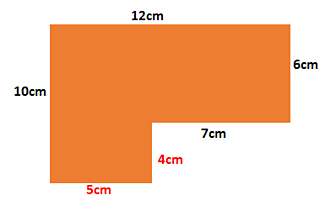 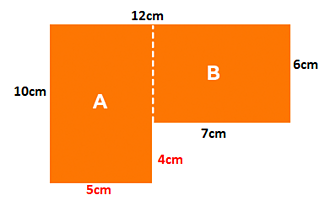 Find the area of both rectangles making sure you’re using the correct measurements for the new smaller rectangles.

Add the two areas together to find the total area of the rectilinear shape.

Plays are written to be performed. A script is a written version of the play.

Watch this clip to understand the basic structure of a play script.

Scripts are written in scenes. Each scene has a title, a description of when and where it’s set, as well as the characters that appear.

The character’s name goes on the left, followed by a colon (:). What the character is saying goes to the right of this.

For example: Mick: I want to be a dancer.

A script doesn't just list the characters' lines, it also gives details of how an actor should say them and what they are doing in each scene. For example, stage directions will tell you how a character moves, or what they should be doing with an object.

Now, watch this video for some top tips on performing a play script.

When you're performing in a play you can change the way you speak and move to make the character believable and more interesting to watch.

Plays can have lots of different genres, from dramas to comedies to tragedies, so the audience might laugh, cry or even stay silent because the action is so tense.

Watch this video to learn how scripts are written for TV shows.

The show not tell rule is particularly important. This rule means you don’t say what is happening or how a character is feeling directly. Instead, you show something visually through dialogue or stage directions.

For example, if a character is scared…

Susan hesitated. Her breath quickened and her hand began to tremble.

Susan hesitates. Her breath quickens and her hand begins to tremble.

Susan: (whispering) I don’t think we should go in there… we don’t know what we might find.

1. Think about your favourite TV show and its characters.

2. Decide on a setting and scenario. Where is this scene and what is the drama (eg a park or a library)?

3. Write a script for your favourite TV show within the scene you have decided upon.

As you write, think about:

You may need to look back again at the first clip above to show you how a script should be written.

As usual, please send your completed work to: pflood@sfdprimary.co.uk